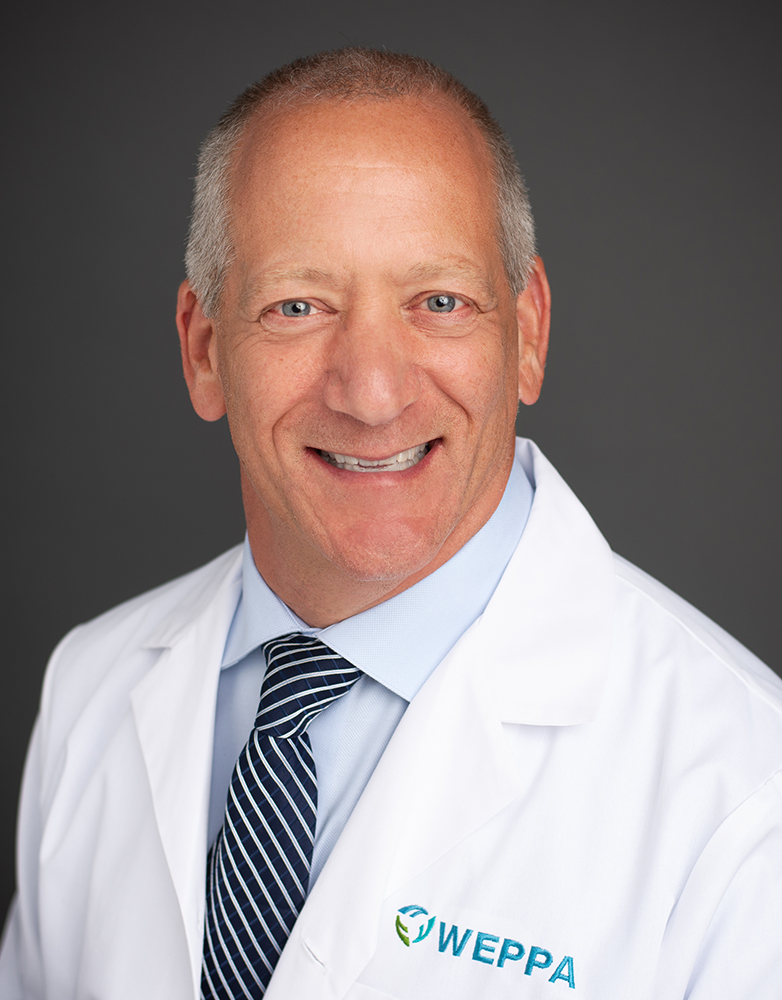 Jim Palombaro, MD is a board-certified Emergency Medicine Physician with Wake Emergency Physicians (WEPPA) in Raleigh NC, and an Adjunct Professor at UNC School of Medicine. Dr. Palombaro joined WEPPA in 1998 and has served as President of the group since 2000, overseeing WEPPA’s growth from 28 physicians in two emergency departments to 110 physicians and 80 Advanced Practice Providers in 11 Emergency Departments today. In addition to his duties at WEPPA, Dr. Palombaro has served on multiple hospital based committees and served in many different roles, including Chair of the Department of Emergency Medicine, Assistant Chief Medical Information Officer, Member of the Medical Executive Committee, Bylaws Committee, Stroke Task Force, Medical Staff QI and Quality Council, Physicians Behavioral Committee, and President of the Medical Staff.

Prior to coming to NC in 1998, Dr. Palombaro graduated from Upstate Medical Center in Syracuse NY in 1989. He served in the US Navy as a Flight Surgeon from 1990-‘93, receiving a Navy Commendation Medal and Achievement Award for his work with Carrier AirWing Six. He then completed his Emergency Medicine Residency at the Naval Medical Center, San Diego, CA in 1996. He completed his 9-year Naval tour in 1998.